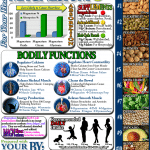 The recommended daily intake (RDI) is a dose assigned to each nutritional component, specifying how much must be consumed in the diet each day to meet the minimum requirements for health.  The RDI for magnesium varies based on age and sex, but an intake of 400 mg/day is generally acceptable for adults (1).  In the United States, it is estimated that 48% of the total population does not meet this RDI (2).  Further, in the 14-18 and 71+ year old age ranges, the level of deficiency is greater than 70% (2).  In fact, estimations done over the past century clearly show a progressive decline in average magnesium intake from nearly 500 mg/day in 1900 and dwindling to just 175 mg/day in 1990 (3).

It is less of a question of if magnesium deficiency is a problem, and more of a question of why.  While countless medical and nutritional conundrums exist, this is not one of them.  The vast majority of people are deficient simply because they do not consume enough magnesium in their diet.  The chronic disease crises of obesity, heart disease, and diabetes that are plaguing our population were precipitated by atrocious eating patterns, and high availability of processed foods.  Magnesium is found mainly in whole foods, which are typically void in the standard North American diet, in sources such vegetables and whole grains.  Further, magnesium is stripped from food during processing.  For example, as much as 80% of magnesium is lost when the germ layer is removed from wheat to produce white flour and white bread products (1).  The hunter-gather (Palaeolithic) type of diet utilized for centuries by early humans likely contained close to 800 mg of magnesium per day (4), not to mention high quantities of most other important nutritional components.

Magnesium deficiency due to other factors such as poor absorption in the gut, poor uptake in the bone, and leakage in to the urine intensify with age (5) compounding problems associated with poor dietary intake.  People with fat malabsorption problems (steatorrhea) are particularly vulnerable to magnesium deficiency, as the magnesium forms soaps with free fatty acids which are excreted at a high rate in the feces (6).  High consumption of calcium and phosphorus paired with a low consumption of magnesium also dramatically reduces magnesium levels, due to competition for binding sites for absorption in to the gut (7), which speaks to the importance of having a balanced diet.  Mineral absorption issues from a high fibre intake are minimal (8), and do not outweigh the benefits from a high fibre diet.  It is therefore recommended that the elderly and people with malabsorption syndromes, liver, and kidney disease be evaluated for nutritional deficiencies, including magnesium.

Due to the wide action of magnesium in the body, the deficiency rates observed in our population are not being treated with a deserving level of seriousness. On the most severe side of the spectrum, magnesium deficiency is related to personality changes, hallucinations, tremors, and cardiac arrhythmias (9).  More likely for those following a standard American diet, suboptimal magnesium levels will manifest as muscle weakness, cramping, anxiety, poor sleep, PMS, dysmennorhea, and/or anxiety (6).  Because of its importance in bone mineralization, long-term magnesium deficiency contributes to osteoporosis (10).  Perhaps it is overstating the obvious, but much human suffering can be avoided by ensuring proper daily nutrition.

Dr. Michael Long is a naturopathic doctor who practices evidence-based natural medicine. He has a special interest in optimizing athletic performance, dietary nutrition, and preventative medicine.